The Project Of The Foundation "Thank You Stalingrad" Project "Thanks to Stalingrad!" was founded by the international charitable Foundation "battle of Stalingrad".

The project of a formal nature and is a social.

The project aims to remind people of the importance of the victory in Stalingrad battle victory during the Second world war.

The project launched the international flash mob "Thank you Stalingrad!".
The start of the flash mob was given on January 17 in the Triumphal hall of the Museum-reserve "battle of Stalingrad". The words "Thank you, Stalingrad!" sounded in different languages.
Also launched a flash mob in social networks.
We want all citizens of the world joined the flash mob and expressed gratitude to Stalingrad — the city that saved the world from Nazism.

To participate in the flash mob and everyone can — enough to record a video with words of gratitude Stalingrad and his characters, as well as to put on your page with hashtags #spacebounded #spaceblog #spasiboStalingrad #spasibo_Stalingrad #mersiStalingrad #mersi_Stalingrad.

Save the world — make a repost !

The words "Thank you, Stalingrad!" will sound in different languages - addressed, they will, of course, the defenders of the heroic city on the Volga. The start of the international flash mob was given on January 17 in the Museum-panorama "battle of Stalingrad" foreign students.
This is just one of many projects dedicated to the upcoming anniversary of the victory at Stalingrad. 75-th anniversary of the defeat of Nazi troops in this great battle the country's large-scale will be celebrated on 2 February. 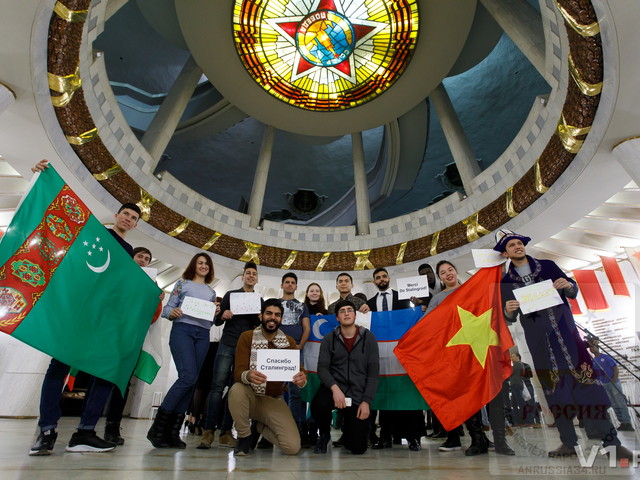 Flags from all over the world. Students of different nationalities, beliefs and different universities. But despite such a range of languages and colors of national costumes, in this day in the triumphal hall of the Museum-panorama "Stalingrad battle" all speak Russian.
Thanks to the heroism of the Soviet people, the city, where it broke the back of fascism. First and foremost, to the veterans. The students did not miss the opportunity to ask them different questions. About how hard it was at the front, what helps to keep how to meet the war at age 20, on sniper movement, and even about the secrets of the Russian soul.
Aliases, Mohammadmahdi, a student from Jordan: "About Stalingrad know and remember in all the countries of the world. For me Stalingrad is a feat of the Soviet people's boundless courage of Russian soldiers. We will always remember the heroes who bravely defended the city. I was proud to learn, live in the most beautiful, glorious city of Russia". 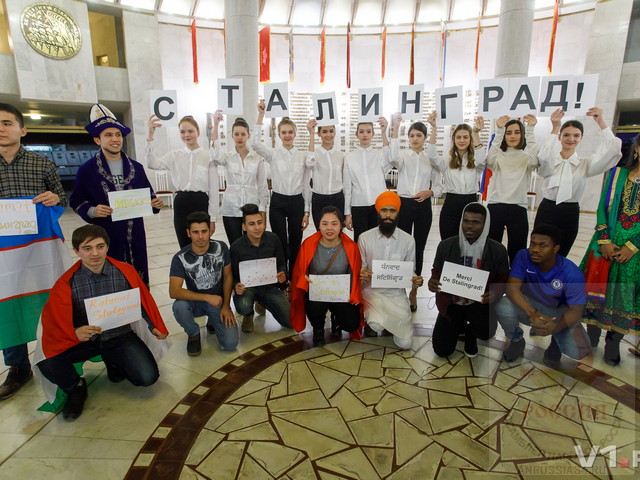 In the action participated more than 50 students from 30 countries. An unusual flashmob was organized by the Fund "battle of Stalingrad" and the Volgograd branch of the Russian peace Fund. The main goal is to recall the great victory of Stalingrad the planet.
Sergey Zhilin, Deputy Director of the Fund "battle of Stalingrad": "We organized a flashmob in social networks, international social networks. And we want all the citizens of the world joined the campaign, expressing gratitude to the veterans who participated, and all of Stalingrad".
His contribution to the celebration of important dates is prepared to make the cast of the Volgograd youth theatre. For the anniversary of the Stalingrad victory here will take place the premiere of the play "Blue scarf" on the play Valentin Kataev, which would be placed in Volgograd for the first time.
Vladimir Bondarenko, artistic Director of the Volgograd youth theatre, said: "This is a very good play. And here such good luck that with the classiness of this drama it has a direct relation to the great Patriotic war".
The play is set in 1943 in different places. One of them is a small Volga town where the hospital is located. "Blue kerchief", the author showed the insane thirst to love and be loved. Thirst for life in a time when people understand - tomorrow, he and his family might die. As recognized by the actors, even during rehearsals they feel their special mission.
Premiere of the play will take place on January 30. 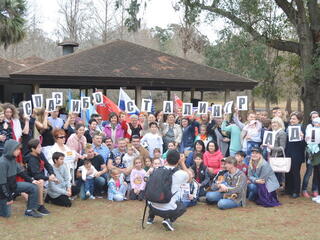 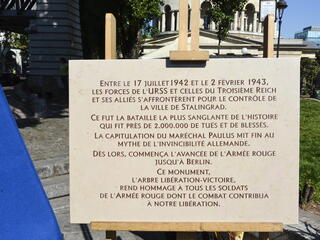 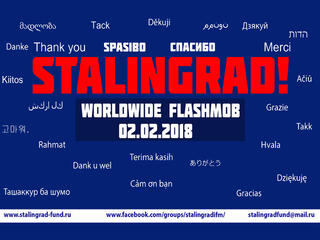 International flash mob in honor of the anniversary of the Stalingrad victory!
457
30 / Октябрь / 2016 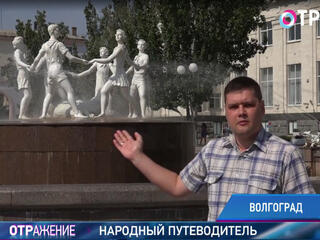 The people's guide.Fountain "Children's dance" was one of the main symbols of the tragedy of the battle…
395

Stalingrad in the destiny of France