29.02.20 WE INVITE YOU TO THE EXHIBITION IN ST.ALBANS , EVENTS ANNOUNCED 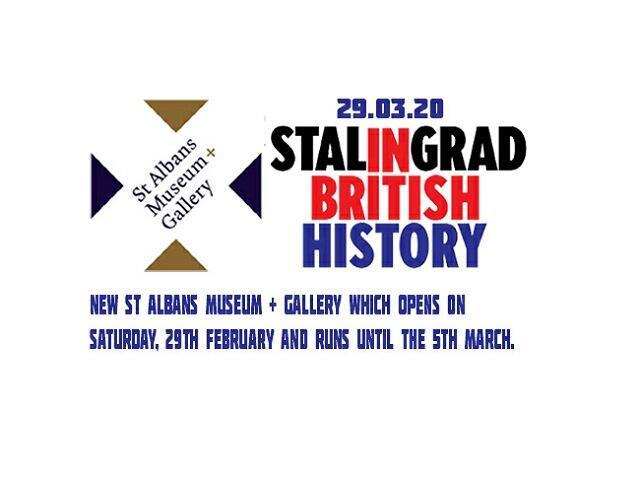 29.02.20 WE INVITE YOU TO THE EXHIBITION IN ST.ALBANS , EVENTS ANNOUNCED

The Stalingrad in the History of Great Britain exhibition at the New St. Albans Museum will open on Saturday, February 29th and runs through March 5th.

PRESS RELEASE - FOR IMMEDIATE RELEASE
STALINGRAD IN BRITISH HISTORY (1941-1945) events announced A special series of events are being hosted in St Albans to commemorate the often unheralded role the British people played in the decisive battle of Stalingrad during World
War II. Timed to commemorate the 75th Anniversary of the end of World War II the events, which include an exhibition, lecture, a radio bridge and cinema screening are being supported by the charitable Foundation “Stalingrad Battle”, based in Volgograd, Russia (the former
Stalingrad) and the Rossotrudnichestvo Agency’s branch in the United Kingdom. The centrepiece of the commemoration is a unique exhibition entitled “Stalingrad in British History, 1941-1945” to be held at the New St Albans Museum + Gallery which opens on
Saturday, 29th February and runs until the 5th March. One of the main organisers is Graham Kentsley, who grew up in St. Albans and has a long
association with Volgograd explained; “The Battle of Stalingrad was the largest confrontation of World War II in which Germany and its axis allies fought the Soviet Union for control of Southern Russia. The scale of the Battle of Stalingrad is staggering with a cost of over a
million Red Army and civilian casualties. It’s fair to say that the hard-fought Russian victory was also a turning point of the war” said Mr Kentsley.
“What’s never been commemorated is the role the ordinary people of Great Britain played by contributing essential supplies to the people of Stalingrad during their long and desperate siege. In particular, residents of the towns and villages surrounding St Albans were know to
have given generously” said Mr Kentsley; “It’s been a long held ambition of mine to tell that story” he said. A lecture about the battle will be given by an esteemed Russian “Stalingrad” historian - Dmitry Belov, Ph.D at The Assembly Room of the Museum on Monday March 2nd at 6pm.
Dr. Belov is also President of the Battle of Stalingrad Foundation and he remarked; “It is important to remember that Russia and Great Britain were vital allies in World War II and 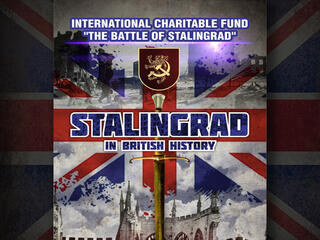 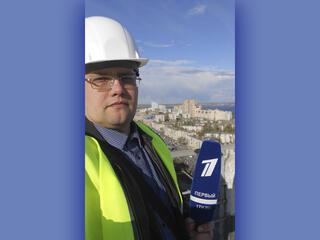